Natural immunity refers to the body’s natural ability to identify harmful external pathogens like bacteria or viruses and destroy them effectively without severely damaging the surrounding tissue at the site of infection. When the immune system is balanced and firing it should be able to rapidly detect invading infectious foreign objects and create a defensive arsenal to not only remove the infection but also in most cases to maintain future immunity against it.

The inability of the immune system to react effectively can leave a person immune-compromised or on the other hand overactivity of the immune system can leave a person with auto-immunity. When it comes to the immune system – too little is bad for us and too much can be even worse. Recently studies have demonstrated the importance of the gut to brain axis (GPA) in regulating our natural immune function and the need for related interventions for those struggling with immune dysfunction. Below we discuss the evidence behind such theories and detail important information for people looking to improve their own natural immune function.

What are the microbiome and its role in immunity?

Our gut is home to approximately 38 trillion microbes collectively known as the gut microbiome. This microbiome, contains 150-200 times more genes than the entire human genome, essentially meaning “we” are far more bacteria than we are human (1). It’s evolutionary role has been to assist our bodies with multiple aspects of metabolism and immune function. Studies have demonstrated the microbiome is essential in the development of the immune system(2), degradations of fibre and metabolisation of fats and carbohydrates from the food we consume(3), regulation of bone density (4),  metabolisation of drugs (5) and control of infections (6). The microbiome is essential for our wellbeing, without the biome and its helpful bacteria we could not survive. 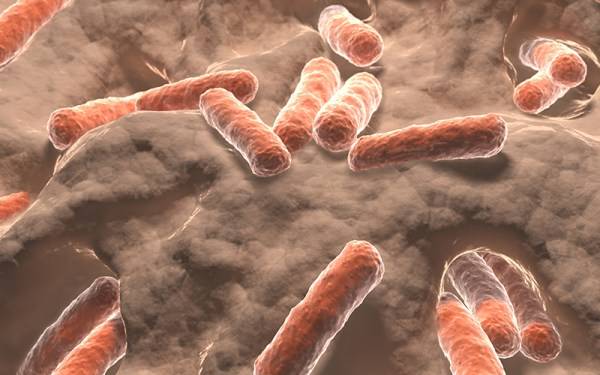 We are more bacteria than we are human, with 38 trillion microbes living in symbiosis (harmony) with us predominantly in the region of our gut known as the microbiome.

So what can go wrong with our gut?

Unfortunately the gut microbiome is not a fixed trait, but instead responds to environmental stimuli and is a malleable part of our makeup (7). This beautiful harmonious relationship between ourselves and our bacteria can be altered by genetic and epigenetics, exercise (or lack thereof), emotional stressors, diet and supplements, antibiotics and drugs, and other external environmental factors (Figure 1) (8). Upsetting this balanced environment within our microbiome is called dysbiosis and has been correlated with the progression of many diseases (9) such as obesity (10), inflammatory bowel disease (11), chronic fatigue (12), cancer (13), and even neurological disorders such as schizophrenia and autism (14). 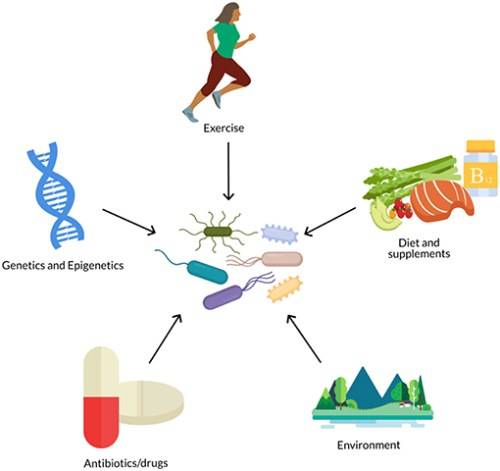 Figure 1. Different factors can influence the make-up of our gut and microbiome. Inflammatory initiators can create dysbiosis of the microbiome and lead to gut inflammation.

How does the microbiome influence our immune system?

The immune system is the group of cells and molecules that protect us from disease by monitoring our body and responding to any foreign (non-self) substances they perceive as threats, like bacteria or viruses. Our immune system has co-evolved along with diverse gut flora, not only to create defenses against pathogens, but also to develop a tolerance for beneficial microbes (15). As a consequence, the immune system and the gut microbiota developed a mutualistic relationship, regulating one another and cooperating to support each other. The importance of this interaction is clearly highlighted by the fact that 70–80% of the body’s immune cells are found in the gut (16).

From birth, as we develop the microbiota shapes the development of our immune system, and the immune system shapes the composition of the microbiota (17). This tolerance is directly linked also to the integrity of the intestinal lining. A healthy intestinal barrier will keep pathogens and harmful microbial products away from our body while being selectively permeable to microbial signalling molecules and metabolites that contribute to the health of our biological processes (18).

Microbiome dysbiosis and gut inflammation ignite the inflammatory cascade through intestinal damage that puts us at risk for chronic inflammation (Figure 2 – Primary inflammation). Damage to the intestinal barrier through these inflammatory processes alters its permeability and leads to what is commonly known as a “leaky gut.” Changes in permeability of our gut allow for an influx of undesirable toxins, viruses, bacteria, and more that can put a strain on the immune system as it continually has to respond to this increase in invaders (Figure 2 – Secondary inflammation) (19). This process can lead to a cytokine storm that can manifest throughout the body by influencing tissue-specific immunity and triggering dysfunctions in other organs. Cytokines are signalling molecules the body uses to alert the brain of infections and inflammation and when overproduced can produce acute flare-ups of autoimmune activity (Figure 2 – Immune dysregulation). These abnormal interactions can lead to allergies and may even compromise immunological self-tolerance, resulting in ongoing autoimmune disorders (20). 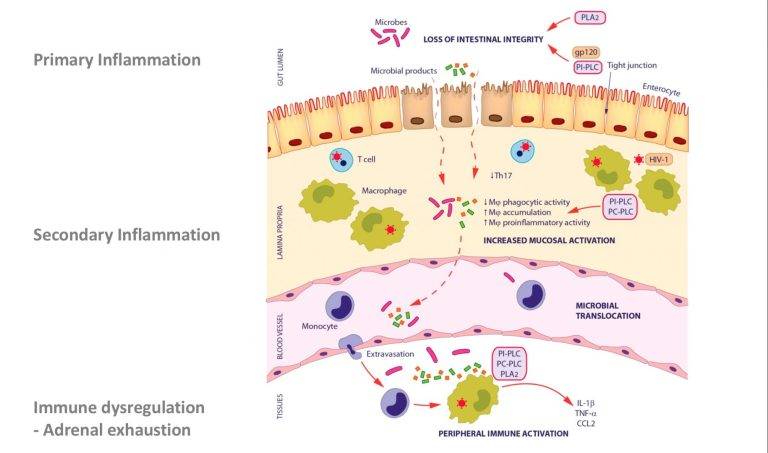 Figure 2. Gut dysbiosis and inflammation lead to increased permeation of the gut lining (leaky gut), which creates a drain on the immune system and can eventually result in immune dysfunction.

How do the gut influence the brain and vice versa?

The gut and brain are connected both physically and biochemically via the gut-brain axis (GPA). Physically the brain and gut both contain neurons, that are message-carrying cells to allow the body to respond to physiological stimuli (21). Neurons in both the gut and brain are connected to each other via a large nerve known as the vagus nerve that sends signals back and forward between the two (22). In studies it has been shown that emotional stressors can directly impact gastrointestinal function via the vagus nerve (23).  Further evidence for this has been seen in the cases of irritable bowel syndrome (IBS) or Crohn’s disease, with both conditions displaying reduced vagus nerve activity and less brain to gut communication (24).

Biochemically, the gut and brain also produce chemicals called neurotransmitters. Neurotransmitters are chemical messengers that can act on receptor targets to alter our physiology and nervous system. For example, the neurotransmitter serotonin can control our feelings, thoughts, and emotions (25). Interestingly 90% of serotonin produced by the body is actually made in the gut (26). meaning the gut has a large ability to influence the health of our brain. Furthermore, gut microbes produce another neurotransmitter called gamma-aminobutyric acid (GABA), which has been shown to control feelings of fear and anxiety perceived by the brain (27). Microbes that live in your gut also make other chemicals and molecules that affect how the brain functions including how we produce hormones, our appetite, metabolism, mood, levels of inflammation, and more (28).

The brain has an ability to influence the gut via the vagus nerve and also what is known as the HPA axis (hypothalamus – pituitary – adrenal axis). The HPA is considered the core stress efferent axis that coordinates the adaptive responses of the organism to stressors of any kind (29). It enables us to adapt to the external world, both physically and emotionally, however can be rapidly unbalanced by the gut. HPA dysregulation occurs when the brain struggles to effectively respond to environmental stimuli and is linked to a range of negative symptoms and chronic health conditions. HPA dysregulation begins as leaky gut ignites the immune system (30) which over time results in the production of pro-inflammatory cytokines (31). Elevated cytokines propagate the inflammatory cascade and create a chemical ‘stress response’ that is detected by the brain. The brain responds to this with the release of corticotropin-releasing factor (CRF) from the hypothalamus, adrenocorticotropic hormone (ACTH) secretion from the pituitary gland that, in turn, leads to cortisol release from the adrenal glands (32). Cortisol is a major stress hormone that affects many human organs, including the brain and the gut. The more stress placed on the HPA the higher risk for it becoming dysregulation. Thus, both neural and hormonal lines of communication combine to allow the brain to influence the activities of the gut and vice versa, with imbalances in one leading to imbalances in the other via inflammatory pathways. 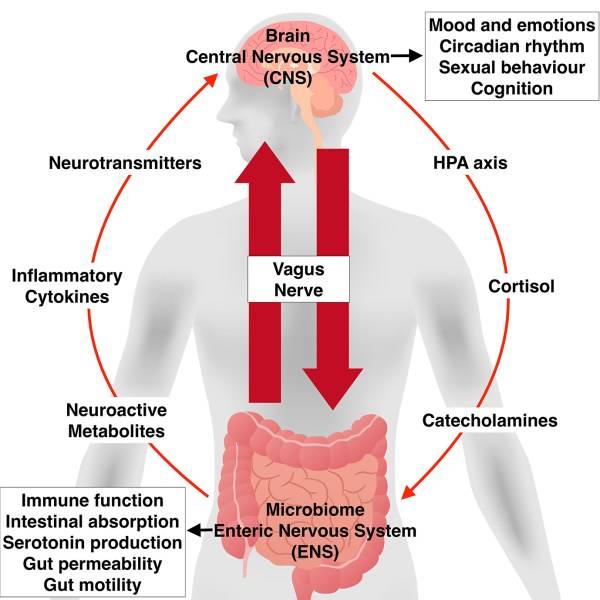 Figure 3. Both the gut and brain are connected and can influence each other through nerve and hormone signals.

The gut-brain axis (GBA) is a two-way link between the central nervous system (CNS) located in the brain and the enteric nervous system (ENS) located the gut. The messaging between both occurs directly through nerve cells or indirectly through hormones signals. The GBA combines the sympathetic (fight flight – adrenal) and parasympathetic (relaxed) arms of the autonomic nervous system (ANS). The HPA axis meanwhile coordinates adaptive responses against stress in the brain that directly impacts back onto the gut.

The gut messaging is heavily determined by the make-up and influence of bacteria that inhabit the microbiome. These chemical and neural signals can alter brain biochemistry, nervous and endocrine function, while changes in brain biochemistry can in turn alter gut biochemistry. The gut influences the brain and the brain influences the gut. Both the brain and gut determine effective immune function within the inflammatory cascade and dysregulations of both are linked to immune dysfunction. The gut also has the ability to alter thought patterns, behaviours, mood, emotions and biological rhythms. In essence a healthy gut and balanced HPA axis in the brain can improve natural immune function, moods and mental health. For those trying to build their immune system, there should be a large focus on returning biome to the gut (balancing gut bacteria), healing the gut from damage (leaky gut), reducing gut inflammation and regulating the HPA axis of their brain.

Your cart is currently empty.

is added to your shopping cart.

You have successfully subscribed!
This email has been registered
Close